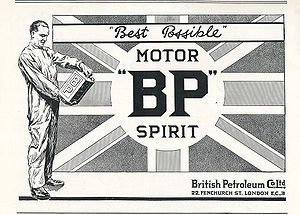 Cheerleaders for the oil industry, for deep off-shore oil exploration, and for unregulated capitalism adopted the slogan, ‘Drill, Baby, Drill!’ at the 2008 Republican Convention.  This cool-sounding slogan is macho & sexy.  When partisans chant ‘Drill, Baby, Drill’, they are proudly giving a kosher finger to environmentalists, climatologists, and, of course, ‘socialists’.

Do you suppose the BP Gulf Gusher has quelled their voracious appetite for deep water off-shore exploration?  Hardly.  These folks are true-believers in unfettered fossil fuel capitalism.  ‘Spill, Baby, Spill’ just hardens their shell.  Like  Governor Rick Perry of Texas, they double-down on their diatribe.   Governor Perry declared during a press conference a few weeks back — that the BP Spill is basically ‘An Act of God’.  That’s right, this horrific environmental nightmare is just like a volcano, a tsunami, a hurricane, a blizzard, a tornado, a flood — a powerful, mysterious Act of God.

In order to validate their allegiance to ‘Drill, Baby, Drill’, devotees will cling to the irrational belief that a human caused accident is just another ‘Act of God’.  Truly a testament to the power of blind faith!

But, can Governor Perry and his Drill, Baby, Drill disciples answer this simple question —  How can one claim to believe in the bedrock ‘conservative’ principle of Personal Responsibility, while also claiming that natural disaster = man-made disaster?

OK.  I am beginning to see the light.  The BP Gulf Gusher does not violate conservative principles of Personal Responsibility.  How could it?  This planetary disaster was not man-made.  No, this Big Corporate BP Gusher is actually an Act of God  — another ‘Sign of the Times’ revealed in the Book of Revelation.  Look hard, drill deep, drop some acid — you will find a Biblical explanation for BP’s benign, noble role as God’s Agent in the grand scheme of apocalyptic theology.  Perhaps this Gusher in the Gulf represents nothing more than a divine exclamation point put upon the sinful culture of New Orleans.  After all, these folks have the audacity to try and rebuild after Katrina!  God must be trying to show the Gulf who is Boss.

So, rest easy.  As long as one upholds & defends ‘conservative Christian’ values by steadfastly working to kill government-sponsored assistance programs, and keeps his/her sexual urges in check— nothing to fear.  Anyhow, we Americans will need every dime saved from public assistance waste to subsidize the clean-up of the Almighty’s retribution.

Finally,  we have moved Beyond Petroleum.

Enter the Age of Benevolent Preordination.

BP’s Big Gusher in the Gulf has nothing whatsoever to do with Personal Responsibility or Corporate Accountability.  BP is merely playing it’s pre-destined role as a submissive instrument in the ‘Hands of an Angry God’.

Featuring business spotlights by Go Globe-Miami. If you'd like to have Go Globe-Miami do a video on your business, contact Adrea France at 480.399.1585, or catch them on Facebook to book your video.